Signs of a bad starter. How to Identify a Failing car Starter

When the starter works intermittently or does not work, depending on the cause, it may be long or impossible to start the engine. The main symptom of poor starter operation is a clicking sound without a subsequent engine start, or cranking the starter with a clicking or buzzing sound, but there are also a number of other signs of failure. Each cause of failure is determined by characteristic symptoms or by inspection.

What are the symptoms of a bad starter?

The following symptoms are indicative of an imminent failure: 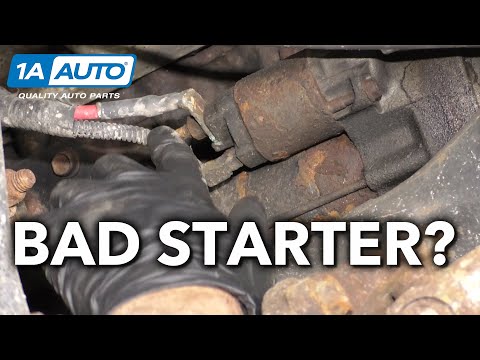 How to Diagnose a Bad Starter: video

Faulty starter can manifest itself as follows: The starter works in tandem with other vehicle systems in a common starting and charging circuit (battery-starting control-mechanism-starter). Therefore, there can be both mechanical and electrical failures.

The main failures of the starter: If the starter works, but the engine does not start, then you can talk about the presence of a mechanical problem with the starter. Parts to be checked: When the starter is cranking, the engine may not start if:

When you hear grinding noise when starting, these symptoms may indicate that the flywheel teeth are worn. If this is the case, you should check the adjustment of the pinion stroke and the condition of the buffer spring. 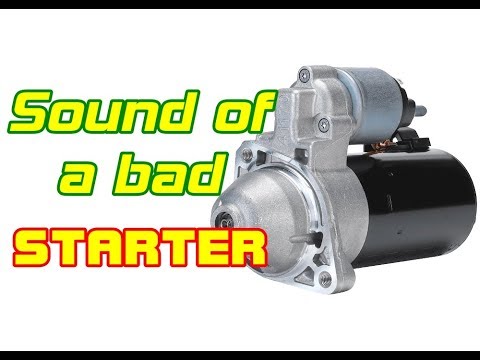 How Does A Starter Going Bad Sound: video

If you heard an atypical noise when the starter works, it is worth checking it from the pit and under the hood, as it is possible that one of these mechanical starter malfunctions occurred:

Heavy rotation of the starter may indicate wear of the bushings. When checking, you will see traces of the armature hitting the stator winding (there will be a distinct spot of contact). If the bushings are not replaced in time, the starter will start to warm up, which will eventually lead to an inter-twist, then short circuit and burn the winding.

Electrical causes of starter failure relate to a discharged battery, wiring problems, poorly fixed or oxidized terminals, but there are some others. When the starter does not crank the engine, or cranks slowly, with insufficient power to start, the first thing to check is the electrical circuit, starting from the battery: 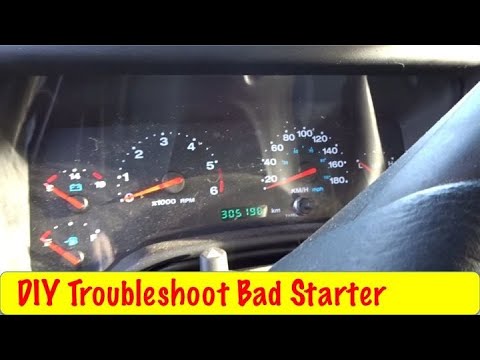 How to tell if your Starter is bad: video

These faults are worth paying attention to when the key is turned in the ignition switch, but the retractor does not work, the armature does not rotate. If there is a breakage in the winding of the traction relay, as well as a short circuit between the coils or shorted to the mass.

When there are no visible causes, it is worth dismantling the part for inspection, because it is possible that the collector is burnt or its plates are shorted. Although, from the possible causes, the main one remains — the brushes are worn out or hang down.

To start the engine in this case, you can try several times to tap on the body of the starter with a crowbar, but not always allowed, since if there are magnets inside instead of the field winding, they can break off.

Sometimes, the retractor relay on the starter can burn out. There are 3 reasons why this happens:

Often such problems occur when water gets into the housing. Therefore, you will have to disassemble the retractor and check the condition of the contact plates and subsequently the winding. However, most often the problem with the relay is solved by replacing it.

Burned plates are a typical reason why you can not start the car in the morning. Since quite often if the pads are burned, the starter does not start when the engine is cold. If you take it off and check individually the retractor relay, everything can work, but after installing it in place continues to click and does not work. To fix such a problem you need to: If the starter cranks in a time — the cause may be in the relay (you can hear the clicks). Check this option by shorting the starter directly.

Started to crank — the problem is in the relay or in the wiring that goes to it or in the ignition switch. Also, the starter can crank and not crank, if the brushes are worn.

If the starter turns, but after the engine starts, it continues to run, it also indicates its failure. There are 4 reasons why the starter motor may not crank after starting:

How to determine the cause of starter failure?

You can quickly determine the malfunction by characteristic symptoms. The table below shows the most basic of them, indicates the possible causes of failure, and will tell you how to fix starter motor problems.

The service life of the starter is about 45-125 thousand miles and in order to make it serve your car as long as possible, you should periodically carry out some preventive maintenance.

Dave Wagner 30 May 2022
Repair of running gear, replacement of units, dense repair of auto air conditioning systems.
Ask a question
Is the article useful? Yes No
2k
Thank you! Your vote counts.
Did you like the article? Sharing would be the best thanks
Facebook
Telegram
Twitter
Copy
Share:
See also
Can't find an answer to your question?
Ask in the comments. We will answer for sure!
Loading comments
Да Нет
✖