How to add engine coolant

If you have seen symptoms of a lack of coolant in the engine cooling system, then before you refill, you need to deal with several important issues which will depend on its further performance. Find out what type of coolant you should put in your car (not all fluids are compatible), check for leaks, and follow a clear sequence when topping up. If the expansion tank is empty, you can not just take any coolant to fill up to the max mark. Firstly, you can just transfer money, with a strong leak it will pour out again, and secondly, apart from the main cooling function antifreeze reduces the load on the individual engine parts, and also prevents corrosion on their surfaces. It is provided by special additives in liquid. That is why a wrong choice of top-up liquid for a long period of exploitation may damage your car.

When it is necessary to refill more than 30% of the total volume, it is better not to refill coolant, and completely fill in the new liquid.

What kind of coolant to refill?

When changing or topping up, it is always advisable to use only the coolant recommended by your car manufacturer (may be listed on the expansion tank or in the service manual).

Failure to do so can result in a malfunction of the cooling system.

Only antifreeze fluids of the same class should be mixed and topped up. They differ by the marking on the package, not by color, as many people think!

The main types that are used in cars are: Therefore, only hybrids can be mixed with hybrids, carboxylates with carboxylates and lobrids with lobrids. Mixing coolant of different classes is strictly prohibited. The only exception is G12+ antifreeze, which can be added to G11 and G12 fluids.

Remember that coolant is sold in stores in two formulas — completely ready for filling into the cooling system and as a concentrate. Pay attention to this as pure concentrate must not be added to the existing coolant in the vehicle system. Even if they are of the same class. Therefore, if you bought concentrated antifreeze, dilute it with distilled water according to the instructions on the package. The required proportion is usually dictated by the freezing point.

All engines with an aluminum radiator are usually filled with ethylene glycol-based fluid (antifreeze).

Is it possible to add water to the antifreeze?

With regard to the question about the possibility of adding water to the antifreeze, there are many opinions. I will take the liberty to say that you can add water to the coolant, but there are a couple of important points that must be taken into account.

Firstly, the water must be distilled or at least well filtered. This is to prevent the elements in the fluid from clogging the engine cooling system and reacting chemically with the additives in the antifreeze.

Secondly, you can add just a little water — 100… 200 ml. Otherwise, it will lose its operational features (critical in winter). Therefore it is possible to use water as a refill liquid only in extreme cases when the level in the system fell to a critical point, and you have no analogical coolant on hand. And sometimes topping up the antifreeze with distilled water can be even a better solution than adding any other coolant.

To know the right amount of distilled water for diluting the concentrate, follow the instructions on its package.

Distilled water does not impair its performance. Adding water to the level may only lower the freezing and boiling point, but in most cases, it is not that important. Later, if necessary, you can add a little concentrated antifreeze.

During the hot season lack of liquid 200 — 300 ml is normal and allows you to add distilled water without any consequences, as water evaporates from the system first of all, and only then the ethylene glycol. But if you are short of 0.5 liter or more, only antifreeze is needed! When it comes to drinking water you cannot pour it in because it leads to corrosion and engine damage!

When to refill the coolant?

There are several reasons why it is necessary to refill. Specifically: 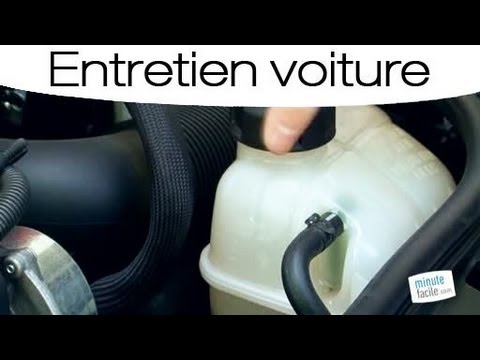 Remember that if the coolant level is insufficient, it is not able to cool the engine and it will overheat (the temperature needle will go up), the properties of the antifreeze itself will be lost quicker. If the engine has already boiled (from under the hood went out steam, and the temperature gauge in the red zone), the refill may not help, often the consequence of such overheating is a number of malfunctions in the engine!

Always check the coolant level when the car is on a horizontal surface and with the engine cooled to at least 122-140 ℉.

How to refill Engine Coolant correctly?

The procedure is as follows:

In order not to get burned when topping up, you must add the fluid when the engine is cold or unscrew the cap gradually to release the pressure in the system! 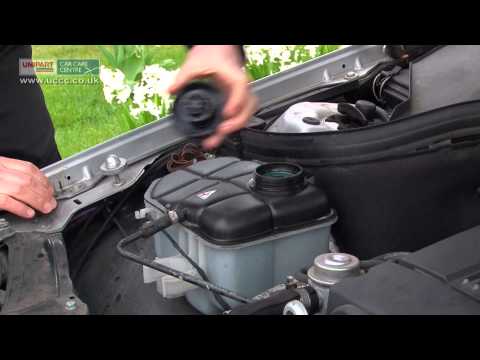 How To Top Up Your Car Engine Coolant and Water — Simple Steps: video

I recommend you not to throw away the empty coolant canister — you will always have the information about what brand of coolant was used.

When topping up, pay attention to the color of the fluid in the tank, and whether there is any sludge. If the antifreeze has turned brown, or you see any debris, we recommend not just topping up, but completely replacing the fluid. If you see fat stains on the surface or even worse, brown emulsion, it is a sign of oil. Most likely it will be necessary to change the gasket under the cylinder head or oil cooler (if any), and then flush the system with distilled water and special fluid.

Adam Henri 29 May 2022
Car mechanic with 10 years of experience in repairing and servicing cars of different brands. Main area: diagnostics and mechanics.
Ask a question
Is the article useful? Yes No
485
Thank you! Your vote counts.
Did you like the article? Sharing would be the best thanks
Facebook
Telegram
Twitter
Copy
Share:
See also
Can't find an answer to your question?
Ask in the comments. We will answer for sure!
Loading comments
Да Нет
✖