Symptoms of a bad oxygen sensor

Oxygen sensor failure leads to increased fuel consumption, reduced vehicle performance, unstable engine idling, and increased exhaust emissions. Usually, the causes of oxygen concentration sensor failure are mechanical damage, rupture of the electric (signal) circuit, and sensitive part pollution of the sensor by fuel combustion products. In some cases, the Check Engine light will activate on the dashboard, and the diagnostic will show oxygen sensor fault code p0130 or p0141. It is possible to use a car with a faulty oxygen sensor, but it will lead to the above problems. That the sensor is faulty can be noticed in most cases only after warming up the engine (oxygen sensor begins to work in conditions of increased to +300 ° C temperature in the exhaust system). Therefore, if after warming up the engine starts working unstably at idle rpm, and the onboard computer on the panel shows increased fuel consumption, you should pay attention to the presence of other symptoms indicating a faulty O2 sensor.

Signs Your Vehicle has a Bad O2 Sensor

Failure of the lambda sensor is usually accompanied by the following external symptoms: 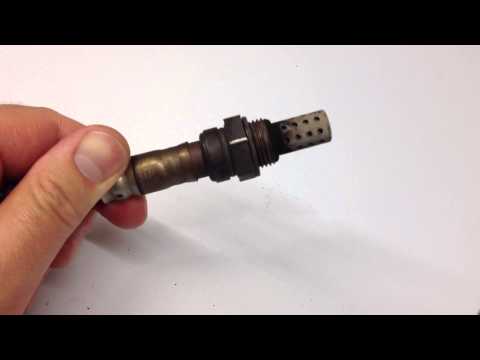 The above-listed symptoms of a bad oxygen sensor are not always such, they may indicate other engine or other car systems failure. Therefore, in order to determine if the oxygen sensor is malfunctioning, you need some checks using first of all a diagnostic scanner and a multimeter to check the lambda signals (control and heating circuit).

As a rule, oxygen sensor wiring problems are clearly detected by the electronic control unit. At the same time errors are formed in its memory, for example, oxygen sensor fault codes p0130, p0135, p0136, p0141 and others. Error codes will differ from the problem and from which sensor there is no signal to the ECU. In any case, it is necessary to check the sensor circuit (check for voltage and continuity of individual wires) and look at the graph of operation (using an oscilloscope or diagnostic program).

What causes an oxygen sensor to fail?

In most cases, the oxygen lambda works about 100 thousand km without failure, but there are reasons that significantly reduce its life and lead to failure. Pay attention that oxygen sensor condition largely depends on the condition of other engine elements. Thus, the following factors considerably reduce the lambda probe service life: bad condition of oil rings, antifreeze penetration into oil (cylinders), and enriched fuel-air mixture. If the amount of carbon dioxide is about 0.1...0.3%, when the lambda probe fails, the corresponding value increases to 3...7%.

How are car sensors diagnosed?

There are a number of methods to check the condition of the lambda sensor and its supply/signaling circuits.

BOSCH specialists advise checking the corresponding sensor every 30 thousand kilometers, or when the above-described malfunctions are detected.

First of all, to diagnose whether the oxygen sensor in the car is working or not: Checking the power supply to the sensor heater Pay attention that the normal operation of the oxygen sensor is possible only at its normal operating temperature of +300°C...+400°C. This is because only under these conditions does the zirconium electrolyte applied to the sensitive element of the sensor become a conductor of electric current. Also at this temperature, the difference between atmospheric oxygen and oxygen in the exhaust pipe will cause an electric current to appear on the sensor electrodes, which will be transmitted to the electronic engine control unit.

The most accurate way to determine the malfunction of the oxygen concentration sensor will be an oscilloscope. It is not necessary to use a professional device, you can take a waveform using a simulator program on a laptop or other gadget.

Diagram of proper operation of the oxygen sensor

The first diagram in this section shows a diagram of the correct oxygen sensor operation. In this case, there is a signal that looks like a steady sine wave on the signal wire. The sine wave in this case means that the parameter monitored by the sensor (the amount of oxygen in the exhaust gases) is within the permissible limits, and it is simply being checked continuously and periodically.

Below are the graphs corresponding to a heavily contaminated sensor, the vehicle engine using a lean fuel mixture, a rich mixture, as well as a lean mixture. The smooth lines in the graphs mean that the parameter being monitored is out of the allowable limits in one direction or the other.

How to fix the oxygen sensor

If after checking that the cause of the wiring showed that the problem will be solved by replacing the wiring harness or a connector wire, but the lack of signal from the sensor itself often indicates the need to replace the oxygen sensor for a new one, but before you buy a new lambda can use one of the following methods.

First of all, try cleaning the oxygen sensor. It is necessary to clean the heated element from the fouling (applicable when the oxygen sensor heater malfunctions). This method requires access to the sensitive ceramic part of the device, which is hidden behind the protective cap. This cap can be removed with a thin file, with which you need to make incisions in the area of the base of the sensor. If it is not possible to remove the cap completely, it is allowed to make small windows of about 5 mm. For further work, about 100 ml of orthophosphoric acid or rust converter is needed.

The restoration procedure is performed according to the following algorithm: 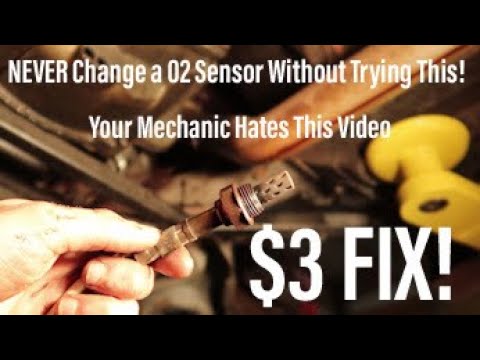 Sometimes it can take up to eight hours to clean a sensor using this method because if it is not possible to clean the soot the first time, it makes sense to repeat the process two or more times, and you can use a brush to perform mechanical treatment of the surface. Instead of a brush, you can use a toothbrush.

If you do not have the opportunity to use this method, you can try and simply burn off the carbon deposits (similar to the self-cleaning procedure). To perform cleaning of the oxygen sensor by the second method, apart from the same orthophosphoric acid, you will also need a gas burner (as an option to use a home gas stove). The algorithm of how can an oxygen sensor be cleaned is as follows:

Dave Wagner 24 May 2022
Repair of running gear, replacement of units, dense repair of auto air conditioning systems.
Ask a question
Is the article useful? Yes No
2k
Thank you! Your vote counts.
Did you like the article? Sharing would be the best thanks
Facebook
Telegram
Twitter
Copy
Share:
See also
Can't find an answer to your question?
Ask in the comments. We will answer for sure!
Loading comments
Да Нет
✖