Error code P0300 indicates a violation of the ignition order, which is deciphered as random multiple cylinder misfires. If the fault is detected in a particular cylinder, the last digit of P030x will change to 1, 2, 3, 4, and so on up to 6 or even 12, depending on which «pot» the fault is in. So, error P0300 is the initial from such errors as P0301, P0302, P0303, P0304. More often they are caused by a lack of spark, a fuel supply malfunction, or exhaust problems. Let's look at the problem in more detail, why does error p0301, p0302, p0303, p0304 or others of this kind appear with a list of possible causes of ignition faults, the consequence and methods of elimination.

The consequences of the appearance of error P0300

If ignition failure occurs in the engine, the toxicity level of exhaust increases in the exhaust pipe, which in turn can also lead to a temperature rise in the catalyst, which causes its damage (the honeycomb melts, since its temperature exceeds the threshold of 800 ° C). In some cars, in order to reduce afterburning of fuel in the catalytic converter and consequently the toxicity level, ECM controls the ignition timing with crankshaft and camshaft sensors.

It indicates code p0300, signaling by a check engine light, it can also turn off the injectors of a particular cylinder, in which the skip was detected. It is worth mentioning that for some reason the owners of such cars as Chevrolet Lacetti, Matiz, as well as Opel, Nissan and Kia are interested in the most frequent causes of this error.

Note that the DTC P0300 is fixed by the control unit only when ignition gaps are detected in several cylinders at the same time, since the gap in one of them is fixed after two consecutive repetitions, and the crankshaft speed is important. At idle, the error is recorded in the memory after 3.5 minutes of engine operation, and at speeds over 2000 rpm — a little over one minute.

The threshold value of DTC registration in the ECM memory is more than 3.25 % of missed flashes per 1000 rpm. If ignition misses are detected only in a certain cylinder, then not an error P0300 is generated, but another one with the combustion chamber number of the engine.

How can I understand that there are engine misfires?

It's not difficult to understand that the yellow check light has illuminated due to ignition failure, since, for this reason the engine «wobbles» at low revs, there are jerks and twitches during acceleration, as well as loss of traction and increased fuel consumption.

Unfortunately, the diagnostic device has not learned to determine the specific cause of failure in this case the ignition miss in the engine cylinder. Fortunately, the most probable faults can appear in 2 ways — either there is nothing to burn, or it is impossible to ignite. Although it is still a little early to rejoice in a possible quick search for the cause of DTC p0300 in Toyota and others, because it can be:

Ignition misses in a cylinder. How to diagnose the cause. 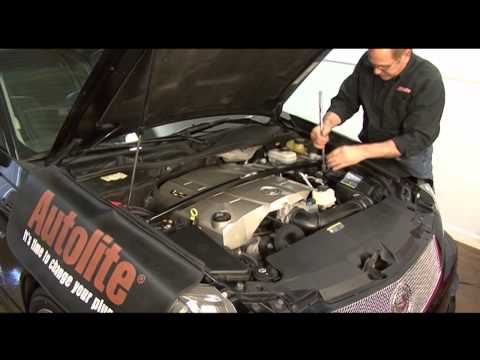 In the ignition system

In the power system In the exhaust system

If there is not a general problem of multiple skips, but on a particular cylinder: p0301, p0302, p0303, p0304 or others, the situation is simplified and probably lies in the ignition system. In such cases, error P0363 may also be displayed, but it also alerts you to the blocked fuel supply to the cylinder.

Recommendations for checking and fixing

The first thing to check in case of ignition faults are the ignition wires and ignition coils (module), often they are with broken insulation, open or with an oily surface. You should measure the wires with a multimeter (normal resistance is about 4 — 10 kohms), in resistance mode, but to check the individual ignition coils, just change places with a known working cylinder and make an error. 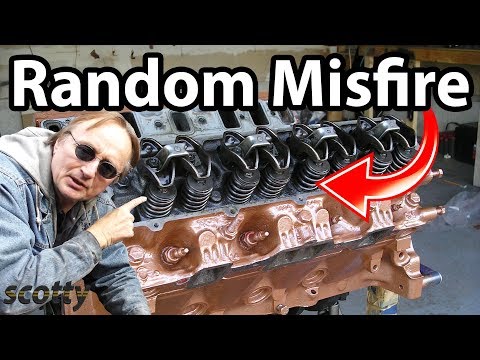 If the code has changed to another cylinder number, then the coil is faulty. The ignition module is more complicated, you need to check it with a tester.

Inspect all components of the ignition system very carefully for wear or damage.

Second in line are the spark plugs — a damaged electrode, wrong gap, or oil buildup, lead to failure or unstable operation of the plug.

The spark plug insulator should be white, with no yellow traces of spark breakdown.

Having unscrewed the spark plug for inspection, the next thing to do is to measure the compression in the cylinder. Reduced or absent compression leads to insufficient compression, and therefore creates mixture ignition problems.

Clogged fuel injectors provoke misfires in the combustion chamber, but, unfortunately, it is not possible to check them so quickly without a testing bench. And the only thing we can advise in such a situation, is to top up with a higher octane fuel, and drive the car for a while at higher rpm (4-5 thousand rpm).

A long time since the fuel filter or bad gasoline are very often the cause of unstable operation of injectors. That's why try to remember, when did you change the filter last time, and what petrol station you used.

A jammed EGR valve or leaks through the inlet manifold gasket, which can also be the cause of random ignition timing, can be difficult to identify, so pay attention to such parameters as the long-term fuel correction during computer diagnostics. It will show how much the ECU compensates for the imbalance in the air/fuel ratio. When this parameter on a particular cylinder has a difference of more than 10%, it may indicate a vacuum leak, air leakage.

The normal correction does not exceed 1-3% in one direction or another.

More rare cases, which cause ignition failure, such as shift phases or exhaust are controlled by the ECU, and in addition to the code P030X, there will be other errors related to the catalyst, lambda probe, camshafts.

The diagnosis of your car will cost from 75$ to 150$. The cost of fixing the error depends on the scope of work:

We hope all these tips will help you not only to understand the cause of the problem, but also to eliminate it by yourself, without outside help, without spending a single dollar. You will pay only for a specific part, rather throw money away to replace everything that can only give a failure.

Adam Henri 20 May 2022
Car mechanic with 10 years of experience in repairing and servicing cars of different brands. Main area: diagnostics and mechanics.
Ask a question
Is the article useful? Yes 2 No
2k
Thank you! Your vote counts.
Did you like the article? Sharing would be the best thanks
Facebook
Telegram
Twitter
Copy
Share:
See also
Can't find an answer to your question?
Ask in the comments. We will answer for sure!
Loading comments
Да Нет
✖