Error p0340 is defined as — Camshaft Position Sensor A Circuit. It can occur for a variety of reasons — when the camshaft sensor fails, malfunctions in its wiring, problems in the work of the engine control (ECU). The error itself is not critical, and the car can be used when it is formed. However, some inconveniences occur — increased fuel consumption, reduced power and so on. To eliminate the reasons why the error code p0340 was formed is not difficult, and most car owners can cope with it.

How and why the engine changes its behavior The primary function of this device is to determine the position of the camshaft at a specific point in time.

The relevant information is transmitted to the electronic engine control unit (ECU) so that it calculates the fuel injection timing from each injector programmatically.

If its operation is disturbed, the ECU automatically enters the emergency mode, which provides pair-parallel injection instead of phased injection. This results in excessive fuel consumption and loss of engine power.

Signs of an error

There are a number of indications that a problem with the camshaft position sensor or its wiring can be detected. The situations described below may also indicate other malfunctions, therefore additional diagnostic scan with an error scanner is required.

It is worth noting that the listed changes in the behavior of the car are not so relevant for engines running on gasoline. Their power loss and increased fuel consumption are not as great as in diesel engines or those working with gas equipment. 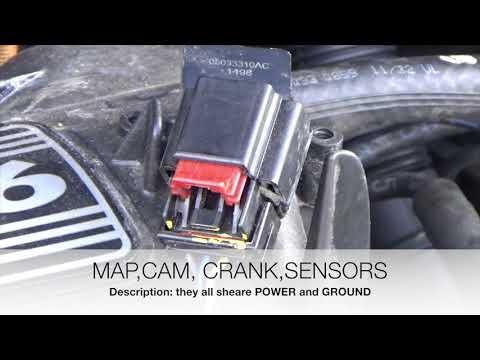 These conditions may differ in different electronic control units in different cars. However, in most cases, the following factors are necessary for the formation of the p0340 error signal:

In some cars, this error is formed not in one trip, but in three trips. However, in this case, diagnosis will be difficult.

Causes of the error

The are only three main causes of engine error p0340:

Sometimes the cause of error p0340 is not strong enough fixing when you replace it yourself (low tightening torque, which can make the sensor vibrate while driving) or large gap between the working (sensitive) part of the sensor and a tooth on the indicator wheel, located on the camshaft.

Methods of fixing depend on the causes of their occurrence, as well as the specific model of cars — for example, «Nissan», «Ford», «Chevrolet», «Opel», «Toyota» or others. However, the general algorithm for checking will be as follows: 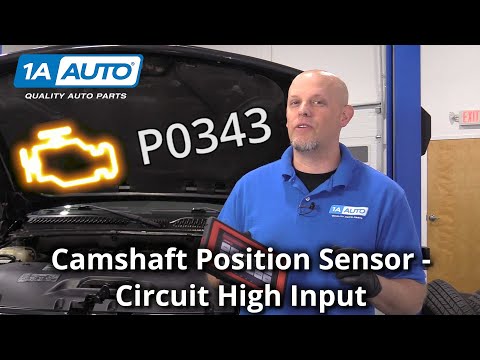 Adam Henri 18 May 2022
Car mechanic with 10 years of experience in repairing and servicing cars of different brands. Main area: diagnostics and mechanics.
Ask a question
Is the article useful? Yes No
1k
Thank you! Your vote counts.
Did you like the article? Sharing would be the best thanks
Facebook
Telegram
Twitter
Copy
Share:
See also
Can't find an answer to your question?
Ask in the comments. We will answer for sure!
Loading comments
Да Нет
✖