Therefore, black exhaust, first of all, is a signal of high toxicity of gas, increased fuel consumption and the presence of a problem in the fuel system.

Regardless of what type of engine such trouble has occurred, the common cause in most cases is the same, and it consists of an over-enriched fuel-air mixture being fed in the combustion chamber. It is necessary to consider the specific type of engine because the gasoline one produces black smoke much less than the diesel engine.

Reasons behind emission of black smoke from the exhaust can be related to the problems with the ignition system, the power supply system or the fuel injection system. 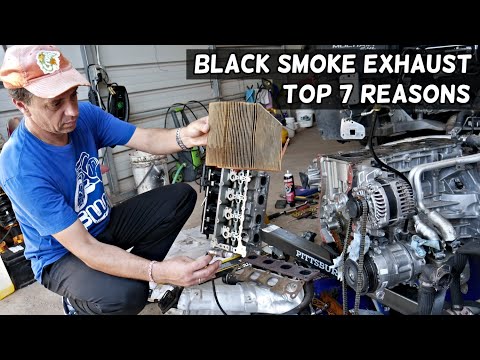 What causes black smoke out of exhaust: video

Why black smoke comes out of the exhaust (gasoline)

Answering the question why there is black smoke from the exhaust pipe of the injector engine, there are two main reasons. The injectors are leaking or the sensors are faulty. On the gasoline engine, over time injectors become clogged or covered with deposits. At first there is not enough fuel due to clogged injectors, and then there comes a certain moment when the tightness of the needle valve is violated. Injectors begin to let an excessive amount of fuel into the combustion chamber as well. Naturally, under such conditions the engine will run unstable, jerk, the engine speed will «hunt», especially at idle.

The only way to find out if the injectors are dirty is to check them. In this case it is recommended to clean injectors with a special washer (for example Wynn’s, Liqui Moly or Hi-Gear). Such a procedure should preferably be performed every 50,000 to 60,000 miles of mileage.

Injector engine operation is based on commands from the electronic control unit (ECU), which in turn receives information from the sensors located in the engine. Therefore, if one of the sensors responsible for the correction of the fuel mixture (oxygen sensor, MAF) works incorrectly, the ECU can give a command to form too enriched mixture, which will lead to black smoke from the exhaust pipe. It does not matter in this case what kind of fuel is used, gas, petrol or diesel. In this case, the black smoke will only be an external sign of malfunction. Also the car will lose its dynamic characteristics, the engine will work with interruptions.

To diagnose the sensors, you can use both a scanner and an ordinary multimeter. When black smoke from exhaust (petrol) occurs at cold start, the first thing to check is the flow/air pressure sensor, engine temperature, throttle, and if on a hot engine, the oxygen sensor (lambda). 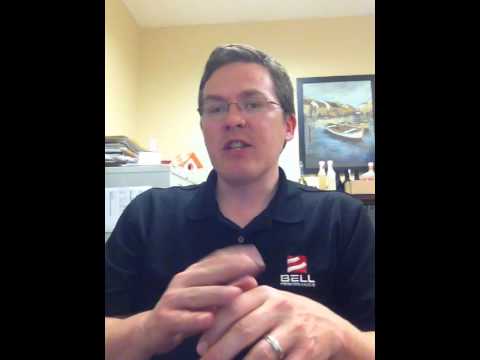 There are 4 main reasons for black smoke coming out of the exhaust pipe for any diesel engine:

Further about these and other causes in more detail.

With a partially clogged particulate filter, there is black smoke from the exhaust pipe when you accelerate or simply when working in normal mode. There are two ways out of this situation — to replace the particulate filter or to clean it. In diesel engines, the high pressure pump (HPP) is responsible for supplying and metering the fuel. On diesel engines of the old type (classical) it is enough to check the operation of the pump — its performance, pressure output. In modern diesel engines, in particular, those equipped with the Common Rail system, it is also worth checking the sensors, which provide information to the engine control unit.

Incorrect information from them can also cause black smoke from the exhaust pipe when you suddenly press the accelerator pedal, or just in the normal engine operation mode.

The ignition timing is off

In conventional (conventional) diesel engine systems, the ignition timing can be incorrect, also due to chain stretching. This can cause black smoke from the exhaust when cold, when hot and in other conditions.

In modern Common Rail diesel systems there is no such problem, because the advance angle is set automatically by the engine control unit. If in such a system the angle of advance is straying — it is necessary to check the operability of the electronic control unit itself, as well as the operation of the sensors that affect the correct operation of the engine.

Engines equipped with turbines have their own nuances. In particular, the turbine can be the cause of black smoke from the exhaust pipe. Under normal operating conditions, the pressure should be higher than the standard atmospheric pressure by 0.8...1 atmosphere. When it malfunctions, when the measured pressure is higher or lower than specified, it can cause black smoke in the exhaust gas.

A fairly common cause of black smoke coming out of the tailpipe is a clogged intake manifold. Most often, the critical element in this case is the air filter. It can be clogged for trivial reasons — it was changed long ago, not according to the current regulations. A fairly common reason why there is black smoke coming out of the exhaust pipe is a faulty exhaust gas recirculation system — EGR (Exhaust Gas Recirculation). The matter is that EGR systems are mainly equipped with engines of European cars with moderate climate. But with severe frosts the diesel engine is not heated up as quickly, therefore the sliders and actuators of EGR components are simply clogged with soot. After all, the enriched mixture is fed longer than usual.

Consequently, during normal operation, a lot of the exhaust gas flows back into the intake manifold. This naturally leads to a lack of air for the engine, which in turn leads to black smoke from the exhaust. If the recirculation system is working properly, it closes completely when the engine is fully loaded.

Is it bad if my car blows black smoke?

The first negative thing you will notice is the decrease in engine power with increased fuel consumption, but if you are wondering what the consequences of black smoke from the exhaust pipe are, and if you can drive a car with this symptom at all, there are 3 main caveats to note:

If you can smell a distinct smell of fuel after taking out the dipstick and the grease became visibly greasier — you need to urgently search for the cause otherwise you will face a rapid deterioration of the cylinder-piston group.

Have you ever complained of black smoke coming out of the exhaust pipe? What do you think about it? Share your opinion in the comments.

Dave Wagner 25 May 2022
Repair of running gear, replacement of units, dense repair of auto air conditioning systems.
Ask a question
Is the article useful? Yes 1 No
1k
Thank you! Your vote counts.
Did you like the article? Sharing would be the best thanks
Facebook
Telegram
Twitter
Copy
Share:
See also
Can't find an answer to your question?
Ask in the comments. We will answer for sure!
Loading comments
Да Нет
✖